The Difference Between Carbon Neutral and Net-Zero

The Difference Between Carbon Neutral and Net-Zero

Countries across the globe are rethinking policy frameworks and channeling resources towards reversing the dire effect of climate change on the planet. The Industrial Revolution was the turning point for greenhouse gas emissions which have only continued to rise, with years such as 2019 on record for disturbingly high levels of carbon emissions.

The race to reduce the impact of pollution was pioneered by the United Nations Convention on Climate Change in 1992. Since then, a number of key terms have emerged, referring to the overall climate change goals specifically tailored to minimizing greenhouse gas emissions.

The natural heat-trapping properties and sheer abundance of Carbon Dioxide have made it the most troublesome greenhouse gas. Its atmospheric levels are at an all-time high, and terms such as carbon neutral and net-zero emissions have derived from its presence. Though they are used interchangeably, the terms are not exactly the same.

What is Carbon Neutral?

CarbonFootprint.com explains that carbon neutral is used to describe the state of an entity (like a company) where carbon emissions caused by them are balanced out by funding an equivalent amount of carbon savings elsewhere in the world. These efforts to “offset” the carbon footprint occur through funding renewable energy and energy efficiency initiatives, usually targeting developing countries.

What are Net-Zero Emissions?

According to EcoSave, net-zero emissions refer to achieving an overall balance between greenhouse gases produced and those being taken out of the atmosphere. The underlying goal is to have no new gases added thus leveling the scales of the gases being emitted and removed. Net-zero is not only applied to carbon dioxide but other greenhouse gases in the atmosphere.

What is the difference between carbon-neutral and net zero emissions?

Though the terms share the goal of reducing the carbon footprint, carbon neutrality speaks more to the contribution at the domestic level from national jurisdictions. While there are still emissions by companies, assisting in making another territory reach net-zero emissions is the basis of carbon neutrality.

Companies are increasingly assessing their carbon emissions and taking the term into consideration under their corporate social responsibility. Global management consultancy, Bain and Company, has attained its carbon neutral certification and E-commerce giant Amazon has pledged to be carbon neutral by 2040 among others.

Carbon offsets can be bought through entities like The Gold Standard which offer comprehensive details about how companies can invest in projects to contribute to their carbon neutrality. Carbon credit purchases into critical areas like air travel or similar investments are vital in contributing to low carbon economies.

The term net-zero is applied to economies on a larger scale, and countries like the United Kingdom and China are assiduously working towards net zero emissions in 2050 and 2060 respectively. This means enforcing clean energy transportation, smaller carbon footprints for businesses especially manufacturers, and alternative power sources.

Climate change has brought on many terms coined to address specific areas within the fight to save the earth. Businesses play a great role in promoting carbon neutrality while the ambitious net-zero goal is the responsibility of each country. 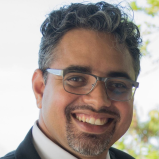 Ryan Johnson is a digital marketer specializing in the home improvement and luxury industries.